It was billed as a major press event at Philadelphia’s Four Seasons but a briefing by Donald Trump’s lawyers was mercilessly mocked when it emerged the venue was not the plush hotel but a suburban garden centre next to a sex shop.

The confusion began when Mr Trump took to Twitter while golfing on Saturday to announce an imminent “lawyers” news conference at the Four Seasons, Philadelphia.

The US president quickly clarified, however, saying the “big press conference” would be at Four Seasons Total Landscaping.

This is a family business between a crematorium and an adult book store on the outskirts of Pennsylvania’s biggest city. 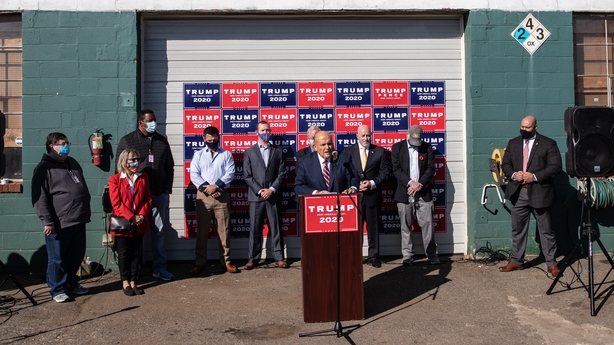 The event – in which the outgoing president’s attorney Rudy Giuliani pressed Mr Trump’s baseless claims about voter fraud in the US election – featured on TV show Saturday Night Live, and wags took to social media with their own wisecracks and memes.

“I could write jokes for 800 years and I’d never think of something funnier than Trump booking the Four Seasons for his big presser, and it turning out to be the Four Seasons Total Landscaping parking lot,” Emmy-nominated US comedy writer Zack Bornstein tweeted.

“The real hero today is whoever answered the phone at Four Seasons Landscaping and offered no clarification whatsoever until it was too late,” added author Geraldine DeRuiter.

“It will be held at Four Seasons Total Landscaping – no relation with the hotel.” 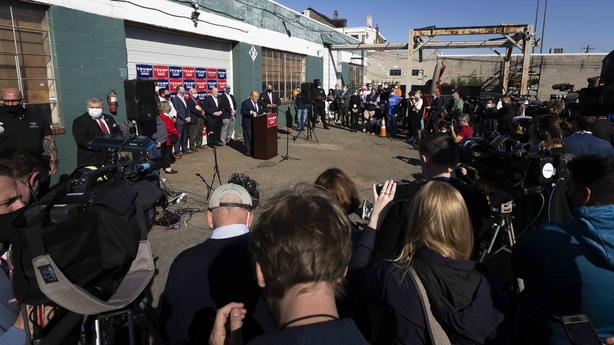 To pile ignominy on farce, the press conference in the car park of Four Seasons Total Landscaping began at the very moment US news networks were announcing that Donald Trump had lost the presidential election after four days of ballot counting.

Mr Giuliani, informed of the news by reporters, responded: “Don’t be ridiculous.”