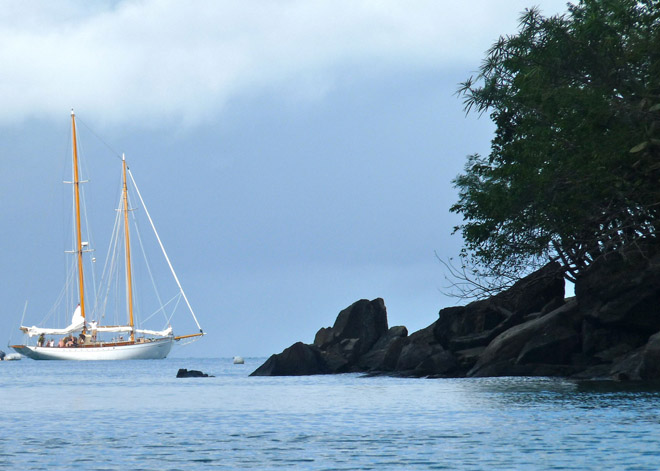 “Welcome to the workin’ week. I know it don’t thrill you, I hope it don’t kill you.”
– Elvis Costello

One of the great luxuries of the 21st century is vacation without e-mail. If I had to choose between a pampered resort with constant internet access or a dowdy motel without any cellphone service, I’d go for the motel every time. There is something truly decadent about turning off e-mail, quitting Twitter, signing off Facebook and going to the beach. The first few hours are a bit bumpy – I hallucinate the ping, ping, ping of my inbox – but I eventually get over the anxiety of my digital disconnectedness. And then I begin to enjoy it.

This blog post is an elaborate rationalization for why such lazy vacations are so useful. While it’s always tempting to sneak a peek at e-mail in between poolside naps, or to drop by the office on Christmas afternoon, that’s a terrible idea. The reason is simple: When we feel distant from our work – when it seems wonderfully far away – we are able to think about work in a new way. As a result, seemingly impossible problems – that challenge we’ve been struggling with for months – are suddenly solvable. We have the breakthrough while on break.

Look, for instance, at a recent experiment (“Lessons from a Faraway land: The effect of spatial distance on creative cognition”) led by the psychologist Lile Jia at Indiana University.

He randomly divided a few dozen undergraduates into two groups, both of which were asked to list as many different modes of transportation as possible. (This is known as a creative generation task.) One group of students was told that this activity was developed by Indiana University students studying abroad in Greece, while the other group was told that it was developed by Indiana students studying in Indiana. At first glance, it’s hard to believe that such a slight and seemingly irrelevant distinction would alter the performance of the subjects. Why would it matter where the task was conceived?

Nevertheless, Jia found a striking difference between the two groups: When students were told that the task was imported from Greece, they came up with significantly more transportation possibilities. They didn’t just list buses, trains and planes; they cited horses, triremes, spaceships, bicycles and Segway scooters. Because the source of the problem was far away, the subjects felt less constrained by their local transport options; they didn’t just think about getting around in Indiana, they thought about getting around all over the world.

In a second study, Jia found that people were much better at solving a series of insight puzzles when told that the puzzles came from California (2000 miles away), and not from Indiana. Here’s a sample problem:

A prisoner was attempting to escape from a tower. He found a rope in his cell that was half as long enough to permit him to reach the ground safely. He divided the rope in half, tied the two parts together, and escaped. How could he have done this?

The sense of distance allowed these subjects to consider a far wider range of alternatives, which made them more likely to solve the challenging brain teasers. (The prisoner unraveled the rope lengthwise and tied the remaining strands together.) Instead of getting stuck and giving up, they were able to persist until the right answer appeared.

This paper builds on a larger body of work on construal level theory (CLT), which shows that perceptions of distance (and the distance can be geographical, temporal or even probabilistic) dramatically influence the way we think. The basic premise of CLT is that things that feel close get contemplated in concrete, literal terms while things that feel far away allow us to think in more abstract ways. I wrote about this last year in McSweeney’s (not online):

Consider a field of corn. When you’re standing in the middle of the farm, surrounded by the tall cellulose stalks and fraying husks, the air smelling faintly of fertilizer and popcorn, your mind is automatically drawn to thoughts that revolve around the primary definition of corn, which is that it’s a plant, a cereal, a staple of Midwestern farming.

But now imagine that same field of corn from a different perspective. Instead of standing on a farm, you’re now in the midst of a crowded city street, dense with taxis and pedestrians. The plant will no longer just be a plant: instead, your vast neural network will pump out all sorts of associations. You’ll think about high-fructose corn syrup, obesity, and the Farm Bill; you’ll contemplate ethanol and the Iowa caucus, those corn mazes for kids at state fairs and the deliciousness of succotash, made with bacon and lima beans. The noun is now a web of tangents, a loom of remote connections.

And this is why vacation is so helpful: When we escape from the places where we spend most of our time, the mind is suddenly made aware of all those errant ideas we’d previously suppressed. We start thinking about obscure possibilities – corn can fuel cars! – that never would have occurred to us if we’d checked in with the office everyday.

Too often, we fail to consider the ways in which our surroundings constrain our creativity. When we are always “close” to the problems of work, when we never silence our phones or stop responding to e-mail, we get trapped into certain mental habits. We assume that there is no other way to think about things, that this is how it must always be done. It’s not until we’re napping by the pool with a pina colada in hand – when work seems a million miles away — that we suddenly find the answer we’ve needed all along.

automotive
We use cookies on our website to give you the most relevant experience by remembering your preferences and repeat visits. By clicking “Accept All”, you consent to the use of ALL the cookies. However, you may visit "Cookie Settings" to provide a controlled consent.
Cookie SettingsAccept All
Manage consent