Everywhere I look, I interrupt a wedding planning meeting.

I’ve lost my partner and three-year-old daughter in The Manor House hotel in Wiltshire shortly after arriving and in every room and corridor on the ground floor I search I discover a beaming couple having a nuptials pow-wow with hotel staff.

I can’t blame them. For as hotels go, there are few venues anywhere in the land as beautifully elegant and romantic as this ivy-clad 14th-century Cotswold manor house, with its walled garden and quaint mews cottages. 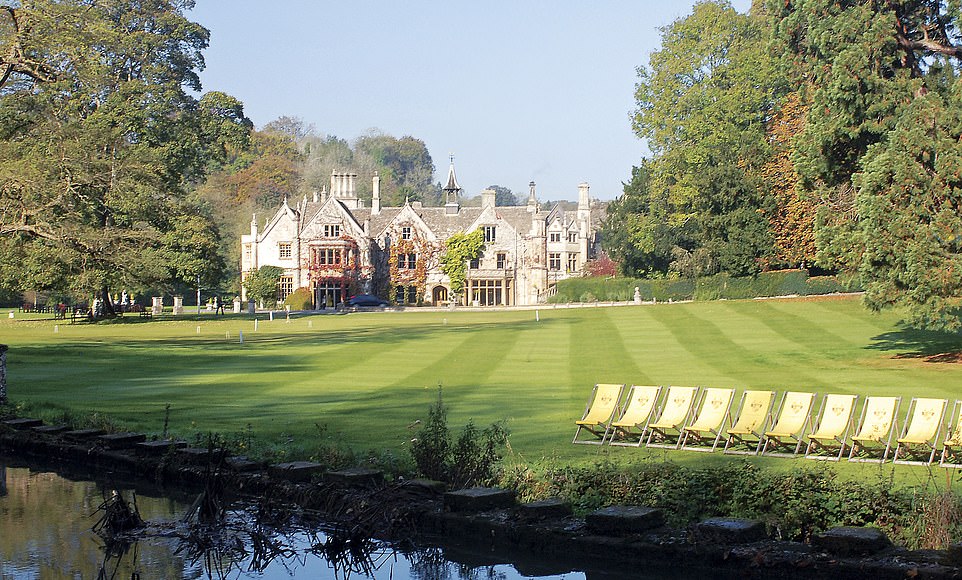 The Manor House hotel in Wiltshire sits in manicured grounds by the Bybrook River, in the foreground in this image 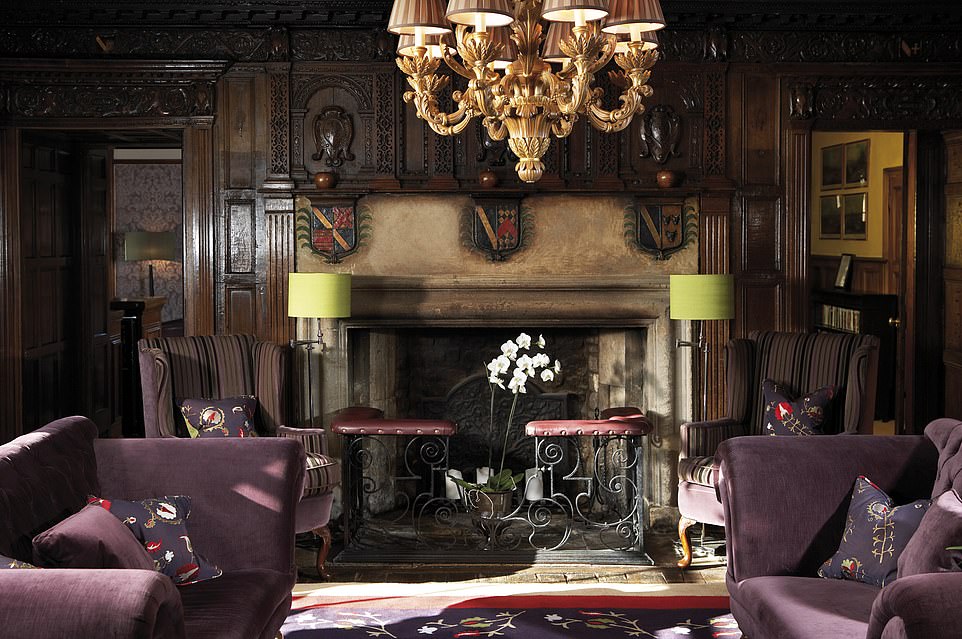 The ground floor of The Manor House hotel is gorgeously rustic – full of boutique finery. Pictured is the beautiful Front Hall

(Though I have reservations about the slightly grubby flagpole at the front.)

And to complete the picture, it sits by a babbling river, the Bybrook, in one of the most picture-perfect, chocolate box villages in Britain – Castle Combe.

Cars must drive very carefully through Castle Combe because visitors are prone to wandering its main thoroughfare in a daze, bewitched by the 15th-century stone cottages, Grade I listed 13th-century church and stone-canopied market cross and often stepping into the road without looking, smartphones and cameras held aloft. 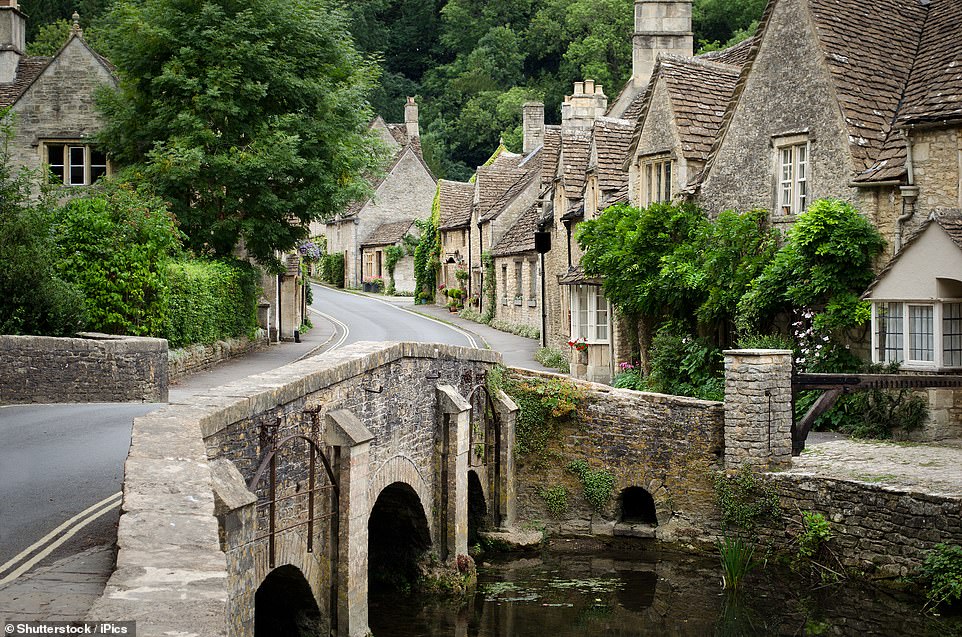 Castle Combe is one of the prettiest villages in the land. The hotel sits just to the left of the road pictured here 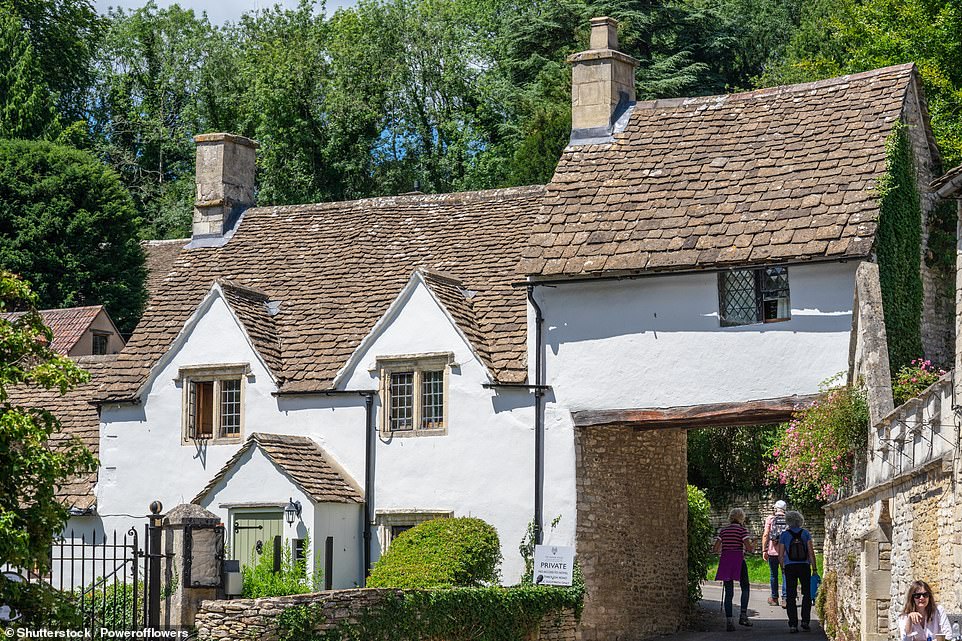 Hollywood film directors are keen on the aesthetics, too, including Steven Spielberg, who shot scenes for War Horse there.

The village was also used for Stardust, The Wolfman, Dick Turpin and 1967’s Dr Dolittle – and TV shows Poirot and Robin of Sherwood.

Castle Combe is truly a world within a world.

And so is the hotel.

I’m thoroughly enjoying searching for my family in the property’s snug rooms, with their dark-wood panelling and boutique finery.

In the end, I’m told they have ascended to our room, ‘Home Meadow’.

However, it’s not one of the hotel’s most romantic, bucolic chambers (pictured below).

Here the cosy antique Laura Ashely vibe recedes and we get a less lavish hint of DFS in the mix.

No complaints about the size – it’s big enough to host a lordly banquet (and to play hide and seek with a three-year-old) and we have two king-sized beds. Plus, the bathroom is impressive, with a standalone tub next to a TV mounted in the wall, a stunning rain shower cubicle with mosaic tiling and twin sinks beneath a slanting roof.

The sturdy wooden beams and the TV hidden in the main room mirror get a thumbs up, too. 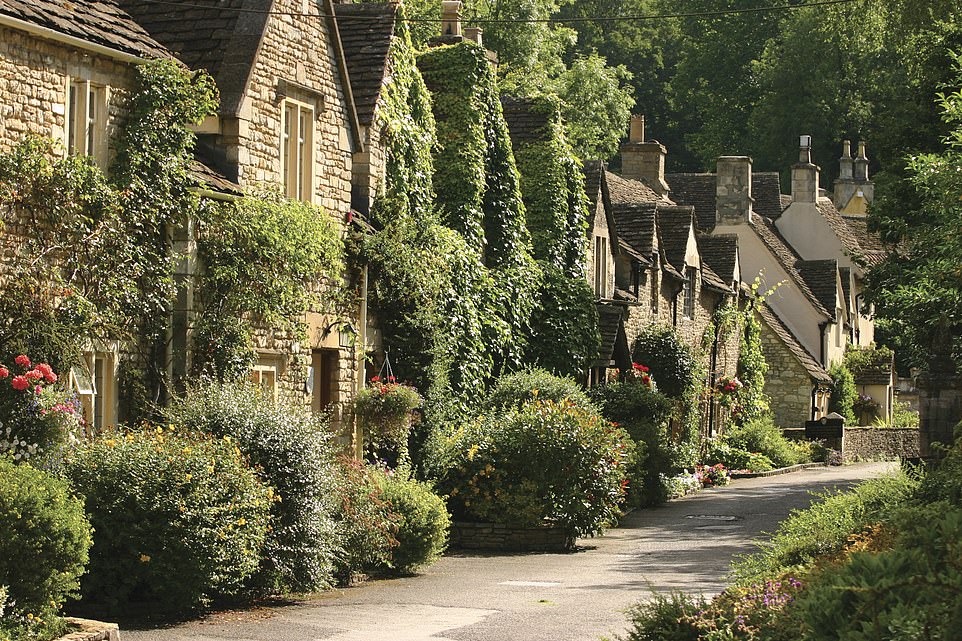 However, some of the panelling and furniture, the wardrobe for instance, is a tad ‘conference hotel’.