A mother in hotel quarantine with her severely autistic son has revealed the ‘impossible’ reality of catering to his needs in a tiny space.

Brenna Russell, 29, is staying in Zetland Meriton Suites, in Sydney’s inner west, with five-year-old Sebastien after arriving from Los Angeles earlier this week.

But four days in, the mother says she is struggling to cope as her child, who has autism, ADHD, seizures, and a genetic variation of the NFIX gene, throws tantrums in distress as they are confined in an unfamiliar environment. 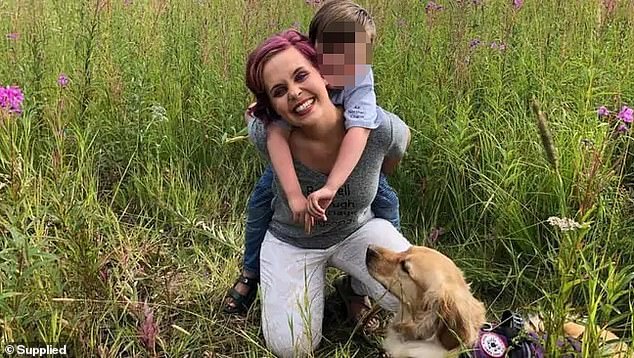 Brenna Russell, 29, and son Sebastien (pictured together) are in hotel quarantine in Sydney after arriving from Los Angeles earlier this week

‘I don’t know how I’m going to do this for another 11 days,’ Mrs Russell told news.com.au.

Sebastien’s meltdowns have left Mrs Russell with bruises and their hotel room thrashed and she holds fears for his safety.

Mrs Russell applied for an exemption to self-isolate at the family’s Nelson Bay home, where her Australian husband Paul returned to from the United States months ago after securing work as a chef.

Seven weeks later she is still yet to receive a response from the NSW government.

She is now calling on the government to do more to help families with special needs children in hotel quarantine.

‘This situation is not a one size fits all. Our family does not operate like other families might. We need help,’ she said.

Mrs Russell said Sebastien does not cope well with confinement and the situation has been made worse as he is currently being weaned off seizure medication that is prohibited in Australia.

She said coronavirus protocols, such as testing and hazmat suits, add to Sebastien’s confusion and he has to be sedated for swabs to be taken. 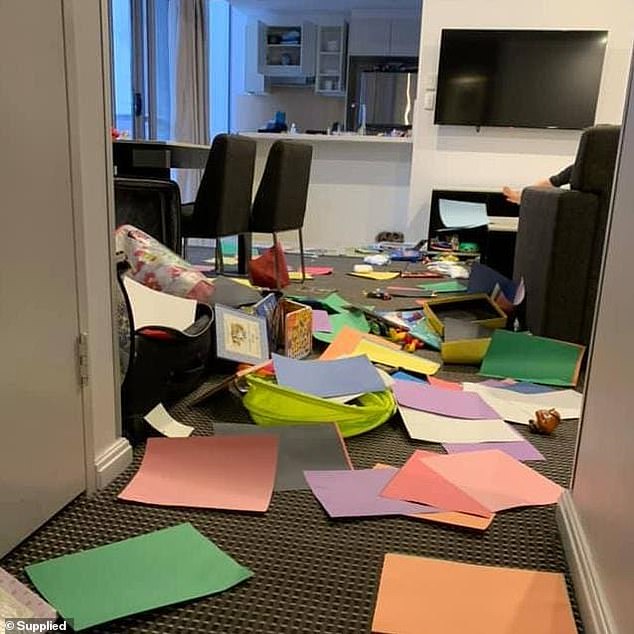 NSW Health said it cannot comment on individual cases but the Department was doing everything it could to help families in such situations.

‘The NSW Health managed Special Health Accommodation is managed 24/7 by a team of medical, nursing and allied health clinicians,’ a spokesperson said.