‘Does this seem suitable?’: Outraged mother in quarantine hotel shares photos of what her 18-month-old son was offered for lunch – including two plain pieces of white toast, potato chips AND French fries

A young mum has criticised her quarantine hotel after staff served two-minute noodles, french fries, a packet of chips and plain white toast to her 18-month-old son for lunch.

Barbora O’Grady was visiting her sick mother in the Czech Republic when she got stuck in Prague with baby Oliver due to coronavirus border closures.

The dual citizen told Daily Mail Australia she hasn’t seen her husband in over four months and that her harrowing experience in mandatory self isolation has left her ‘struggling mentally’.

Ms O’Grady said she can cope with the ‘appalling’ food which is included in the $3000 quarantine bill, but feels ‘it’s criminal’ to give it to Oliver. 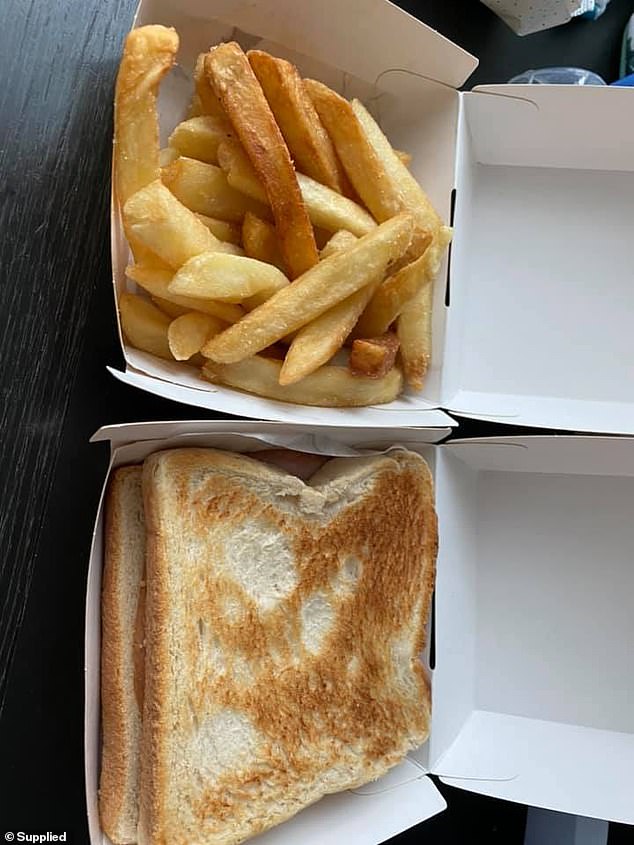 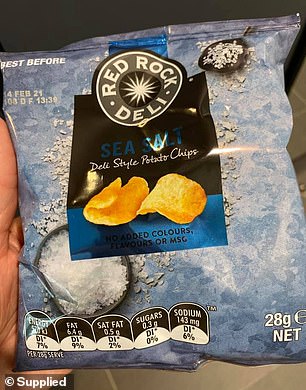 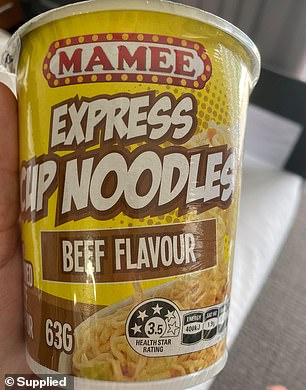 Is this lunch appropriate for an 18-month-old child?

‘My son got instant noodles for lunch today! Does that seem suitable? He’s 18 months old! Who gives that to a one and a half year old toddler?’ She said.

‘And with lunch they always give packets of crisps, even for the child. It’s so gross.’

She said the pair haven’t eaten any of the food provided to them so far, apart from a yoghurt and crackers.

Ms O’Grady said a small salad is also provided but it’s not ‘substantial’.

When she asked for more appropriate food, she claims nothing was done.

‘There’s not much to look forward to when you are in quarantine,’ she said.

‘You are held between four walls and it’s tough. When bad food full of carbs arrives, it’s like the last straw… when I saw today’s lunch, I burst into tears.’ 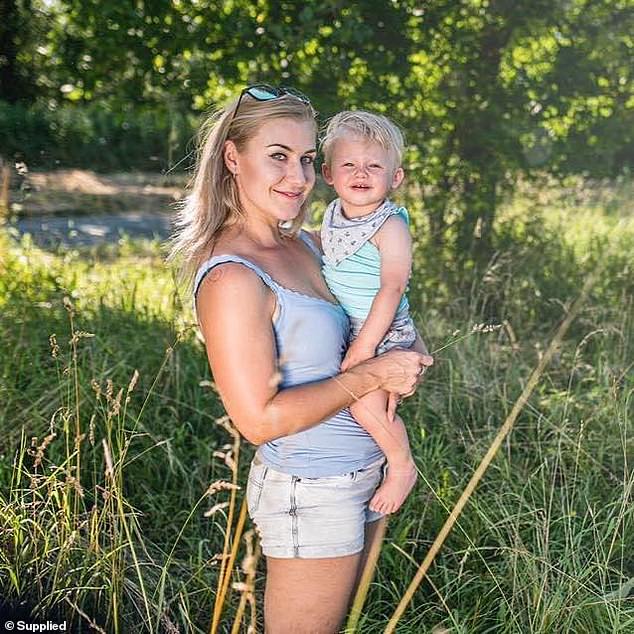 Ms O’Grady said she can cope with the ‘appalling’ food which is included in the $3000 quarantine bill, but feels ‘it’s criminal’ to give it to baby Oliver (pictured together) 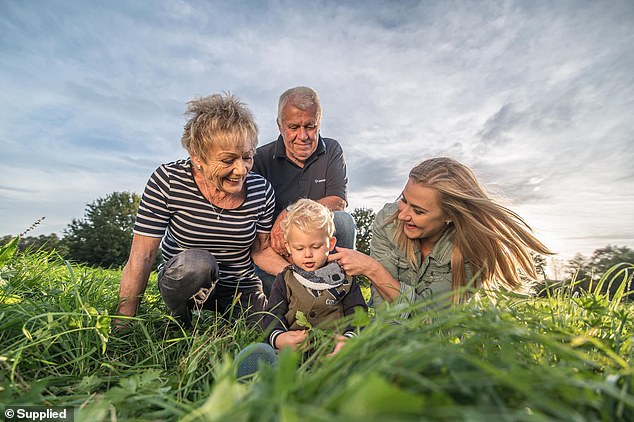 There is an option to purchase food of the hotel from Uber Eats, but Ms O’Grady says it’s going to be too expensive to order it everyday.

Ms O’Grady lives on the Central Coast and was scheduled to land in Sydney on a repatriation flight, but the plane was diverted to Brisbane.

She was originally made to undergo the 14-day quarantine period at the Four Points by Sheraton in Brisbane but asked to be moved because there were no opening windows in her room and fresh air breaks could only be taken in the loading dock, she claimed.

Ms O’Grady and Oliver were then transferred to the Quest Hotel in Chermside on Monday.

‘Here it’s even worse than Four Points though. The conditions are shocking!’ She said.

‘We have been moved yesterday but the new accommodation is revolting. Human hair everywhere and the carpet is so filthy, it keeps sticking to my boy’s toys and he brings it to bed on his clothes.’

‘My mental state is bad… I’m really struggling mentally and we are only on day five.’ 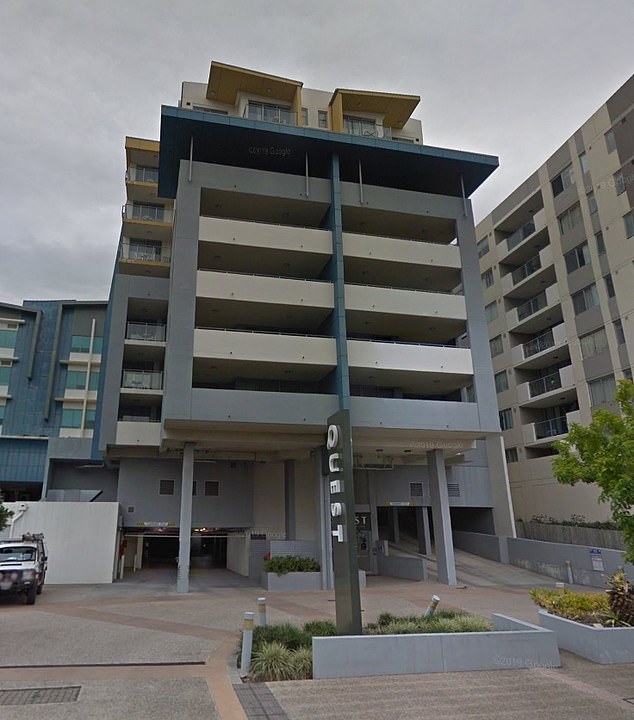 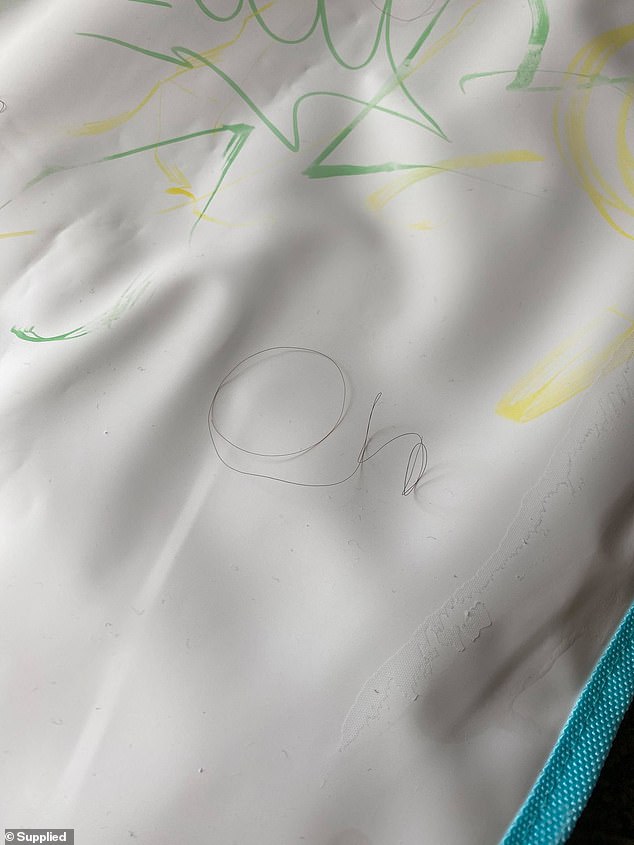 The conditions are shocking! … Human hair everywhere and the carpet is so filthy,’ Ms O’Grady said

In a statement, Quest Franchisee Nicole Carr played down the claims.

‘This is the first time there has been a complaint about the Queensland Government’s hotel quarantine program taking place at Quest Chermside,’ she said.

‘Upon arrival, the guest advised staff that she was unhappy with the standard of vacuuming in her room. As soon as the matter was raised, it was rectified. We apologised to the guest for any inconvenience caused.’

She said, it’s the hotel’s objective to make every guest feel as comfortable as possible.

‘Meals are prepared by a third-party supplier who has confirmed that today’s lunch for children was a salad and noodles,’ Ms Carr said.

‘The guest has made no attempt to convey concerns regarding meals provided to staff.

‘Hence, we encourage the guest to call reception, cite her concerns and a new menu for her and her son can be arranged per their dietary requirements and personal preferences.’