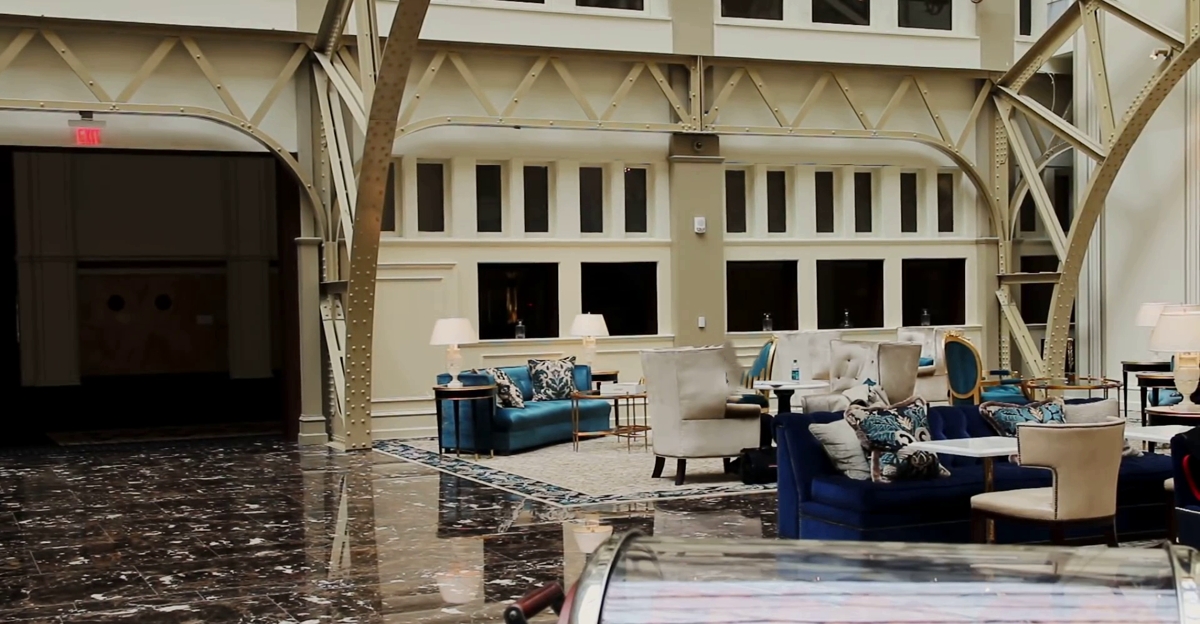 A pair of Michigan lawmakers were caught on camera drinking late into the night at the Trump International Hotel hours after a controversial White House meeting with President Donald Trump.

On Friday, Michigan State Senate Majority Leader Mike Shirkey and Republican speaker of the Michigan House Lee Chatfield traveled to the White House amid concerns that Trump would try to pressure them into somehow overturning President-elect Joe Biden’s win in the state.

Following the meeting, the pair put out a statement that appeared to indicate that no such intervention is in the offing, but Trump, in a pair of Saturday morning tweets, begged to differ.

Lauren Windsor, who produces a web show in Michigan called The Undercurrent, was all over the controversial visit, including pressing Shirkey before the meeting on whether he intended to honor the will of the state’s voters.

She posted video of the encounter, during which Shirkey responded by breaking into a quavering rendition of the hymn “I Believe In A Hill Called Mount Calvary.”

This morning, I asked @SenMikeShirkey if he would honor the will of Michigan voters in his meeting with Trump today. He responded by singing a hymn about being persecuted: pic.twitter.com/IQRXokq9F2

“I guess MI House Speaker @LeeChatfield + @RepJimLillyMI were in a celebratory mood last night, drinking Dom Perignon at the Trump Hotel til midnight,” Windsor wrote on Twitter, posting photos of the revelry.

The photos aroused or confirmed the suspicions of m any that the meeting with Trump was not on the level.

In case you’re wondering why we filed suit last night against Mr. Trump. These two flew to the White House yesterday at the President’s request to meet with him ahead of Monday’s vote to certify the MI election results. This is how they spent last night. https://t.co/S0nTqWiDXc https://t.co/VKwKs9n10c

Some real men of the people, determined to show us their integrity https://t.co/NSsbXjCj8v

Oh hey @LeeChatfield & @RepJimLillyMI where are your masks & who paid for the Dom Perignon? Because we’d prefer our tax dollars not fund a superspreader mission to overturn the election results, thanks #GOPBetrayedAmerica https://t.co/NsvmL7LVSz

Again, I feel very uncomfortable about the vague statement from Chatfield and Lilly last night. They clearly did not write it, and it has holes in it. Our media’s characterization of their words was pretty generous. https://t.co/qXaFV3F4WU

The are in the pocket of our fake president. https://t.co/Kq9hErMbpb

President-elect Joe Biden won the state of Michigan by a margin of around 150,000 votes.

Have a tip we should know? [email protected]