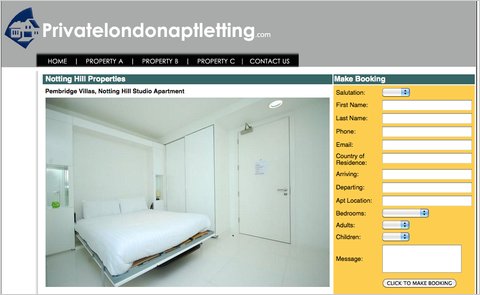 I was stressed, rushing to make last-minute lodging arrangements for a three-stop writing trip to Europe, when it appeared on Craigslist: the perfect apartment for my first stop in London. A tiny studio in Notting Hill
for just £45, or $73, a night.

I hadn’t been in London since I was a boy, so I shot the link around to some friends to ask about the location. Great neighborhood, they said. Take
it.

I filled out the online form and an agent wrote me back almost instantly. Yes, the apartment was available. Just prepay and it’s yours — five nights plus a security deposit of £200. Sorry, no credit
cards. No PayPal, either. I should wire money, including a security deposit, to the owner’s British bank account.

I’ll tell you who pays by bank transfer: people all over Brazil, where I’d recently lived for two years. It’s actually a fantastic system. You just go online (or to an A.T.M.) and move money from
your bank account to anyone else’s. I’ve paid doctor’s bills this way, reimbursed friends for the tiniest of loans and, yes, even reserved rooms in small inns that didn’t take credit
cards. In fact, I’d often wondered why we don’t have such a system in the United States. (We actually do. It’s called a check, but it’s fallen out of favor.)

The night before I left, literally as I was packing my bags, an e-mail came in with some dubious grammar: “I was actually arrested today because the owner of the apartment you paid for refused to pay taxes and
because of that the property was sealed. I was arrested because the landlord ran away. I will be traveling out of London first thing tomorrow because I was given 24 hours to provide him if not I will be held responsible.
If am not been able to get your money back from the owner latest by weekend, then I will refund with my money on Monday. Please do not be offended over this, I never planned for it.”

My stomach dropped. I’d been scammed. Monday came and went with no sign of a refund. Then came a bit of detective work: I created an alternate e-mail address and asked the same agent for the apartment. The agent
said it was available, erasing any remaining doubts.

It was, as anyone else can tell you who has been suckered, humiliating. And of course, sharing it here makes it even more so. I can just feel the comments and e-mails coming about how gullible, stupid, shortsighted,
I was.

And yes, in retrospect, I suppose I was all those things.

Through some Googling, I found a description of the very scam, with different names and details, on Scamwarners.com, a victim support and information site for Internet scams. I got in
touch with the site administrator, who goes by the pseudonym Jillian since she said she has received death threats from scammers. “Nobody likes to be duped,” she said. “Very intelligent, capable,
savvy people, when they fall for a scam, it’s much harder for them. They think ‘This isn’t supposed to happen to me, I’m smart!’”

Nice of her to say, but I admit that I’m not feeling very intelligent, capable and savvy right now. I soon learned, though, that I’m in good company.

The next person I spoke to was Elizabeth Walling, an Internet crime analyst who works for IC3, the Internet Crime Complaint Center, a partnership between the Federal Bureau of
Investigation, the National White Collar Crime Center and the Bureau of Justice Assistance. She said that of the 303,809 Internet fraud complaints reported to IC3 in 2010, 6,837 were self-identified as rental fraud,
with a total of almost $174 million lost by consumers. Several thousand other complaints had the word “rental” in the complaint but were not specifically reported as rental fraud, she said.

So how do you avoid joining this club of thousands that I’ve inadvertently joined? Here are some guidelines:

1. If it’s too good to be true, it probably is. Sometimes that’s obvious: a $10 million inheritance from someone you’ve never heard of? But sometimes it’s tougher —
a room for $73 a night is too good to be true by only a few bucks. Decent hotels in London can be had for $80, for example. So if you’re feeling as though you’re getting something for (practically)
nothing, keep your antennas up and make sure to do as much due diligence as possible.

2. Use reputable and tested sites. Many cities have Web sites for visitors that include a range of vetted lodging options. On visitlondon.com, for example, the official
Web site for London’s tourism office, there is a wide range of options, from B&Bs where you can stay for about $66 a night to high-end
hotels that will cost you about $500. All, according to Jacqueline French, the public relations manager for Visit London, have been screened to weed out scammers. I would add sites that serve as intermediaries by
processing payments and screening hosts, such as Airbnb, which connects renters with owners and which I’ve used with success in the past. In addition, Hostelworld and
hostelbookers allow users to reserve not just hostels but guesthouses, screen hosts and process payments. Craigslist, however — as even it will tell you — is not
one of these sites. Anyone can post a room or apartment for rent; Craigslist does not assume responsibility for vetting such postings.

When I looked again on Craigslist’s London vacation rentals page with a closer eye, it was obvious to me that many, if not most, of the ads seemed to be fakes. Scamwarners.com
volunteers took a look for me and confirmed my suspicions, pointing out what for them were red flags. A Craigslist spokeswoman did not comment on the London ads but referred me to the site’s detailed scam warnings.

3. Always use a credit card. Credit cards will usually refund your money if something goes wrong. As the Craigslist scam information page (which I wish they forced you to read before clicking on an
ad) notes: “NEVER WIRE FUNDS VIA WESTERN UNION, MONEYGRAM, or any other wire service — anyone who asks you to do so is a scammer.”

4. Check for previous scams. Search Web sites like Scamwarners.com, Fraudwatchers.org, Scam.com and 419legal.org,
to see if people have reported similar scams. After I realized what had happened to me, I found that the (presumably fake) name on the bank account I sent money to had been used in prior scams.

5. Do a keyword search. Googling is one of your best defenses, both Jillian and Ms. Walling said. Google the address, Google people’s names and phone numbers, Google even chunks of descriptive
text in the ad to see if it’s been copied from elsewhere. It is apparently a common routine to simply lift real ads, copy them onto a new Web site and lower the prices.

6. Visit the apartment, or have someone do it for you. After being scammed, I invented a fake identity and attempted to rent the same apartment again to see what would happen. The agent told me that
seeing an apartment before renting it was allowed only if visitors intended to stay a month or more. That obviously makes no sense.

7. In English-speaking countries, look out for poor grammar. Not that speaking perfect English should be a prerequisite to renting apartments, Ms. Walling said, but it’s a warning sign since
many scammers are based in West Africa and Eastern Europe. More specifically, if the English used in the ads themselves is poor, or if the language in e-mails deteriorates as communication becomes more specific,
watch out — it may be a sign that a scammer is venturing out beyond his script. For this reason it is good to engage whomever is renting the apartment in a detailed e-mail exchange if possible.

8. See if you can get someone on the phone. After the damage was done, I tested the phone listed on the Web site I used and it was out of service. Using the alternate e-mail address I had created, I
did manage to get James, the “agent” I’d been dealing with, to send me a working phone number.  When I got him on the phone, he was evasive when I asked specific questions about the apartment.

He did not answer when I called again for comment for this article, so in a follow-up e-mail, I identified myself as a reporter, accused him of scamming me, and asked for comments for the article. He wrote back, ignoring
the questions, noting only that the apartment owner had never received my money.

In the few hours between the moment I realized I had been scammed and my flight for London, I scrambled and found another place for slightly more money — a small guesthouse that did not require a down payment,
though it did require payment in full and a security deposit in cash upon arrival. I also found several hotels in London in the same price range that did not require down payments, just e-mail reservations. From
London, I reported the scam to the Metropolitan Police, IC3, Craigslist and Secure Trust Bank, the English bank that received the wire transfer from my account.

A police official told me that a detective would be assigned to investigate but that it would “likely lead to a dead end.” Secure Trust Bank said that once the police were involved they might be able to
shut down the account. But I realize that I probably won’t receive my money back and that the scammer will almost certainly never be caught.

That’s depressing to me and other budget travelers, since we’re really the ones with the most to gain from short-term, informal rental agreements. National and international hotel and resort chains don’t
fall within our budget range, and it’s not clear we would want to stay there even if they did. After all, there’s something great about renting a real apartment from a real person and living like a
real native. You just have to make sure the “real” part is real.

3:25 p.m. | Updated An earlier version of this post misstated the surname of the public relations manager for Visit London. She is Jacqueline French, not Brown.